I must say that writing is exhausting work. My brain doesn’t shut down except when it must. Personality tests say its due to being an INFP. If I had ever undergone psychological testing, I might have been diagnosed with some version of attention deficit disorder. The bottom line is, I can carry on a conversation, drive, eat, and watch TV while brainstorming book scenes without breaking a sweat.

This might explain why I’m trying to write 5 books at the same time. Insane, I know, but it’s my reality. I have two more books each for the Daemon series and the Spiritual Gifts trilogy, plus the beginnings of another series.

Needless to say, the past few months have seen much time spent researching everything from Viking weaponry, Renaissance country dancing, the Texas Rangers (not the baseball team), and various Texas myths, legends, and murder mysteries. In my zeal for information and ideas, I’ve visits a few cool places and events, and collected a few souvenirs.

I mentioned previously that I attended a gun and knife expo, searching for information and inspiration on knives. While I didn’t find reference material, I discovered a love of custom knives and purchased my first. 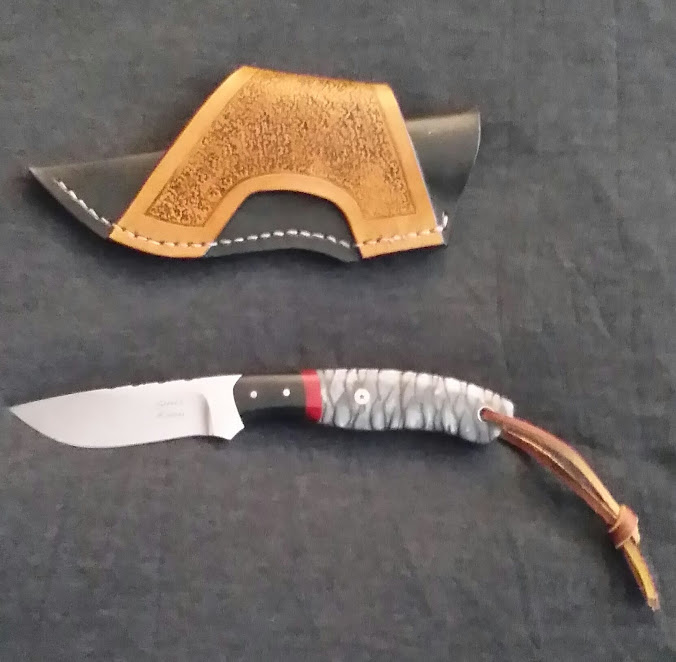 In May, mi espouso and I went to Scarborough Faire, one of the biggest Renaissance festivals around. While most women go there to eat turkey legs and get their hair braided, I really wanted to buy a sword, but demonstrated admirable restraint. Instead, I focused on the tour of a dungeon, various forges, maps, and anything that might help my quest. 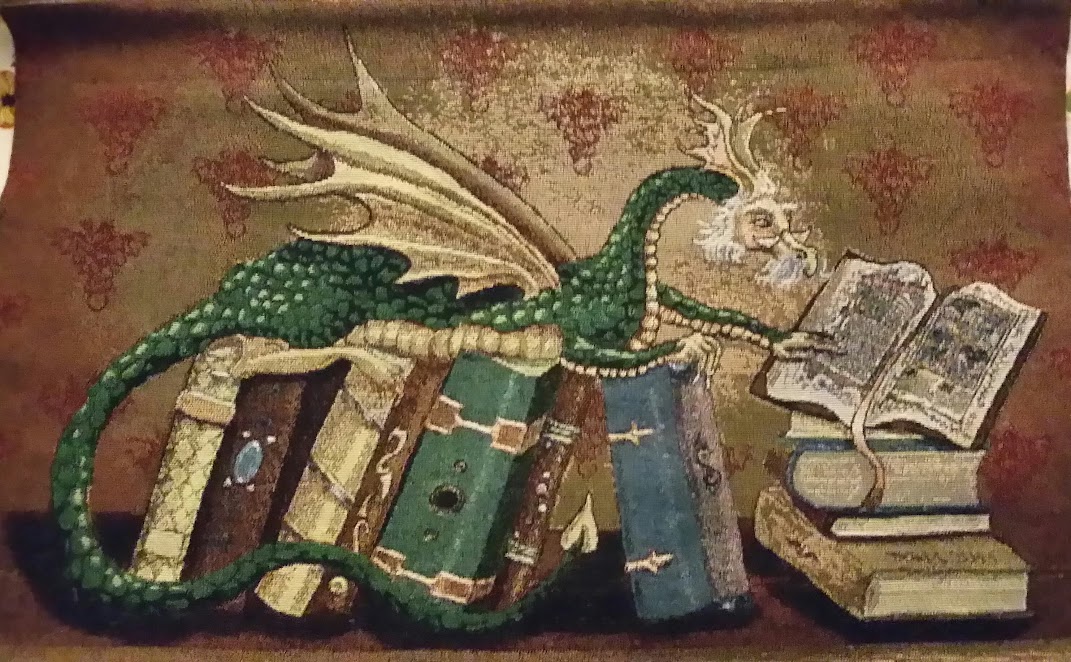 The woman in the tapestry shop called this guy a library dragon. I called him the Book Wyrm. After she thought about it for half a second, she realized I was right. I’d like to think she will forever refer to this piece correctly.

Yes, I found a few book-related goodies and spent way too much money, but more importantly, I came away with usable ideas for sequel to Healer.

A week later found me in Waco, with mi espouso and the Mimi, headed to the Texas Ranger Museum. I came away with a buzzing head and confirmation that my new series might just work after all. I’ve collected a few books for research purposes (and curiosity of the absurd). 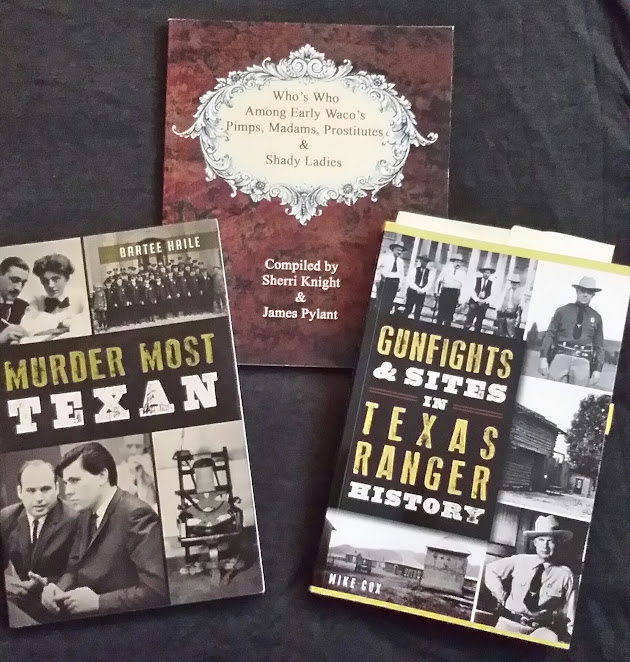 Don’t judge. I’m a writer. (I saw a tshirt today: My Browser History Can Get Me Arrested. So true. Too bad they didn’t have my size.)

The past 2 days have been spent at my first DFW Writer’s Conference, complete with agents. I haven’t tried the agent route, so being in the room while they played the Query Gong Show was an interesting experience. (Panel of agents are read an anonymous query letter. They hit a gong when they’ve heard enough to reject. Three gongs & you’re out. At least, you hear the reasons.)

So for 2 days, I have attended lectures about screenwriting, the hero’s journey, editing, marketing, book covers, challenges, writing courtroom drama, and historical research. Each topic could have had another 30 minutes tacked on. To say the speakers were excellent would be an understatement. The keynote speaker was Scott Westerfield, author of The Uglies. His topic was amazing: the evolution of the novel and teens into the current popularity of Young Adult fiction.

While I am still processing all the information and ideas from the event, I did come away with a few souvenirs.

I think I’m done for today.